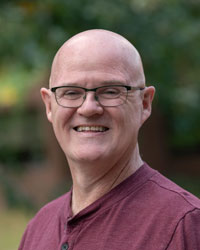 Bill began as a student at Pitt-Bradford in 1980 and was hired, full-time, as a computer lab operator in 1984.  He currently directs the daily operations of CTM Services.  He enjoys spending time with his family.