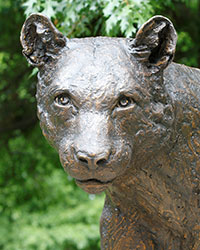 Gregg Hoover is beginning his first year as the Head Women's Bowling Coach.  He served as the Interim Head Coach for the close of the 2018-2019 season, and had previously been an Assistant Coach at Pitt-Bradford since 2017.